The first half of the 100 foot pedestrian bridge arrived for installation at the site of a former farmers bridge just east of Clutes Dry Dock. The photo was captured by Larry Syzdek.

This is the crowning touch to improving recreational access to the Vischer Ferry Nature and Historic Preserve. Construction including approach pathways, parking lot improvements, and soil stabilization will be complete by the end of October. Once complete the bridge will be opened for our (public) use.

We have once again bridged the historic 1842 enlarged Erie Canal. The farm fields to the right have long been abandoned and is now a remote forested “important birding area”. The Community Connector Trail behind trees to the right was (from 1842 to 1907) the towpath for the Erie Canal. the To the left is the site of a bustling canal community also abandoned in 1907 and now ripe for archaeological investigation and interpretation.

“…low bridge! Everybody down…”

To see a video of the action from fastening together to actual placement watch a video from the Town of Clifton Park’s FaceBook page.

The re-construction of the Farmer’s Bridge east of Clutes Dry Dock is progressing. A good vantage point without crossing a “trail closed” sign is from the west side of Clutes Dry Dock. Access from the small trailhead across from Male Drive. Then hike east a half mile down the historic 1825 Erie Canal towpath.

I can only speculate that they are working on the temporary crane pad and the forms for the bridge footings. This is the view from the footbridge that Leo Coons and his Scout troop recently built.

Welcome to a new year on the Mohawk Towpath Byway. The Byway is open today along with all of the recreational opportunities. The Byway from Schenectady to Cohoes and Waterford uses all public roads and all the public outdoor recreation facilities are open, but, as always, dress appropriately against the wind driven squalls. The ice skates and skate sailing will have to wait for colder temperatures.

We look forward to good participation at the upcoming meeting of the Friends of the Byway on Tuesday, January 8 at the Historic Grooms Tavern in Rexford. Before the meeting give some thought to what you would like to see the Friends do this year to make a difference for Byway residents and visitors.

One proposal is to reconstruct the footbridge deck on the Original Erie Canal Towpath just west of the Water Authority access road. The bridge abutments have shifted slightly with ice action over the years, but the stringers are still in good shape to serve many additional years of service.

Is there another project that you are passionate about? Bring your ideas to the meeting on Tuesday evening January 8.

A discussion around the table at the annual meeting of the Friends of the Mohawk Towpath Byway came up with surprising results.  The question was, “What were the greatest achievements on the Byway this year?”

First up, Ruth related the story that at the Duathlon registration when her husband met an individual recovering from a similar medical condition as his.  “The two of them are helping each other through recovery.”

Paul said, “I became more familiar with the features within the Vischer Ferry Nature and Historic Preserve.”  He also added that fellow volunteer Chris had used a personal GPS devise to map trails in the Preserve and proceeded to color blaze the individual trails to match the mapping.

“Volunteers Chris and Joanne have painted a mural on the other side of the Whipple bridge aerial photo,” added Sue. “Their mural names and color codes the trails. Additionally Chris created directional signs at entrances to the nature preserve and at trail intersections complete with trail names and distances. Most of the trails have color coded discs on trees.”

Eric is proud of the Story Telling Summit that the Friends of the Byway helped host in late spring.  We had folks attend from as far away as the mid west U S. It was the consensus around the table that we should do something similar next year.

Mary reported that she had given a tour of the Byway to a group of 7 or 8 hikers.  They all enjoyed the experience and hope to repeat it, perhaps in another area of the Byway.

Nancy shared a story that as she and Tracy were marshaling participants at the Duathlon, Tracy pointed out a coyote crossing a distant field.  Nancy continued her post, but later saw the coyote return across the ridge.

Maryanne shared a story of a visit to a historic building and had paused at the top of the stairs.  While she was there she felt a push toward the stairs as if  by a mischievous child, but no one was around.  That story was added to the folklore of the historic property which had, at one time, housed an orphanage.

Lara successfully completed the Duathlon, and has always been impressed by the enthusiasm of the volunteers who host the event.  She is looking forward to competing again next year.

During Farm Fest weekend Larry helped a visitor discover nearby Clutes Dry Dock by accessing the Byway tour on the visitor’s cell phone.  The visitor was compelled to check out other features along the Byway corridor during the weekend.  The self guided tour feature makes it easy to discover the Byway at your own pace and on your own time.

These individual observations illustrate the diverse interests on the Byway and the collection of resources that make the Mohawk Towpath Byway such a unique place to live, to visit and to share with the outside world.  What stands out in your mind as a special resource along the waterway west?

Thank you all for a most successful Mohawk Towpath Byway Duathlon!  Some 110 competitors started a 2 mile run followed by a 17 mile biking leg and another 2 mile run to finish.

I am no economist but this event brought in over $11,000 which was all spent locally [except $285 of Sanction and Insurance Fees to a National Governing Body in Colorado].  Every other dollar went to local suppliers, businesses, and contractors here on the Byway, or in the southern Saratoga County area.  That doesn’t include what competitors or their families spent for conveniences, gifts and remembrances, and fuel for the trip home.

During the week before the Duathlon the hits on the website peaked at four times the traffic we normally see for our Byway websites.  The calls to our cell phone based self-guided tour were overshadowed only by the number of calls over the first week of July when we were running spots on local public radio.

No matter how you slice or dice the numbers your help with the Duathlon pays us back many times over.  It reaches a demographic whom we don’t see any other time of the year, at least not in these numbers.

Whether you helped with circulating Byway information, stuffed envelops, helped with registration, volunteered with a traffic flag, scooped mashed potatoes and dished chicken, followed in the sweep car, passed out water, monitored the radio waves, or any other volunteer job… your contribution to the success of the Duathlon and ultimately to the Byway are very much appreciated! 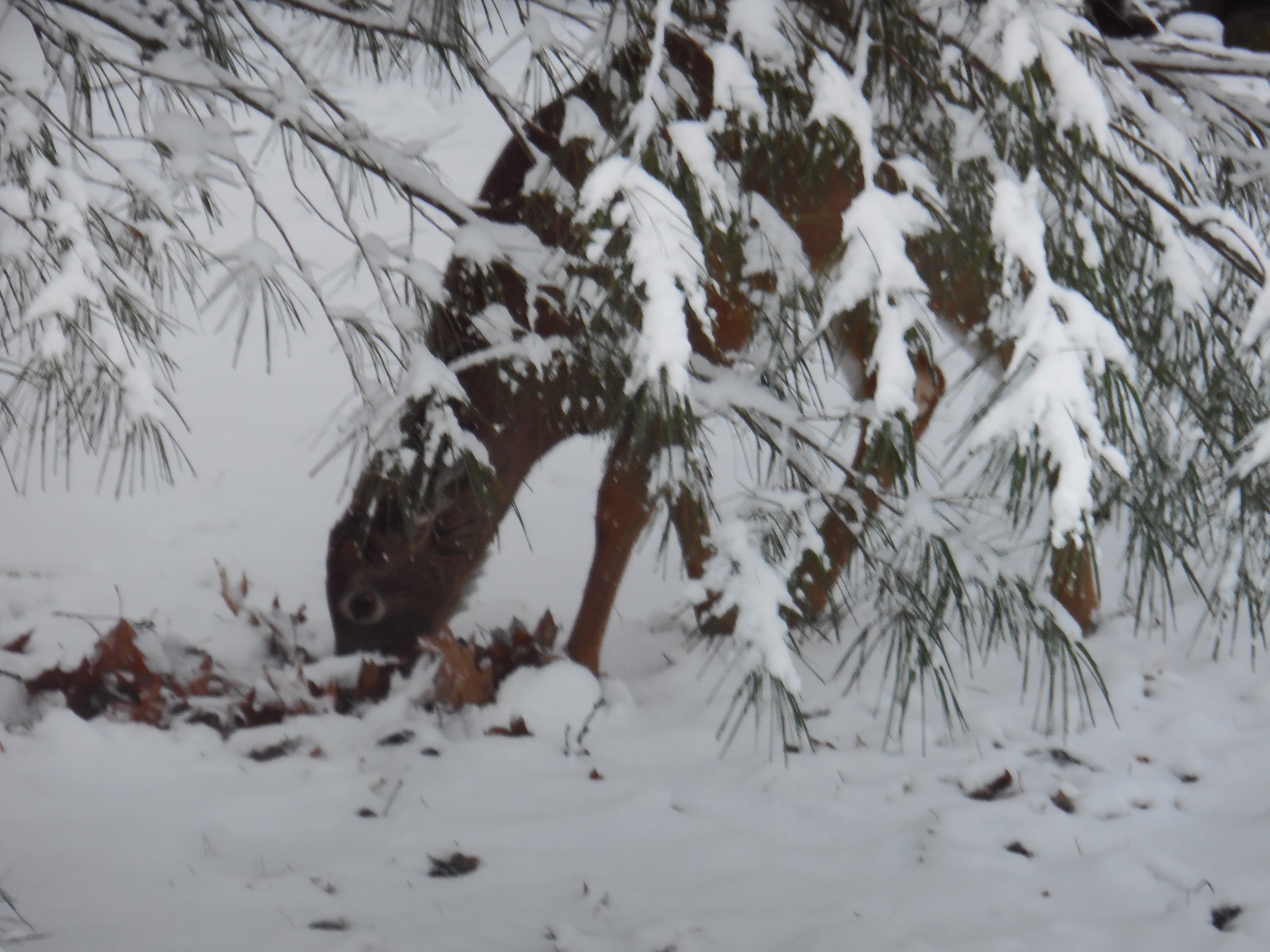 On February 3 the Town of Clifton Park will be hosting a stewardship hike starting from the Ferry Drive entrance to the Vischer Ferry Nature & Historic Preserve.  This walk led by Jennifer Viggiani often attracts botanists, natural history buffs, birders and other interesting naturalists who share their enthusiasm and their perspectives of what we see on the hikes.  This is an excellent opportunity to identify recreational and stewardship needs of the Preserve and get some idea about how wildlife is surviving the winter.

I would like to see this type of stewardship expanded to other public facilities along the Byway.  From time to time…

Let’s work together to establish and annual schedule of these activities and have a calendar of events available to our local residents as well as our Byway visitors.  This type of opportunity is what makes a visit to the Mohawk Towpath Byway a memorable experience.

I hope to see you on February 3 at 1 PM overlooking the Mohawk River at the end of Ferry Drive.

Construction continues on the Towpath Trail.  Clearing a grubbing of the entire length (shown above in red) will be completed shortly.    The contractor is trying to move a barge into Weger’s Pond outlet on which a pile driver can be mounted.  The piles are necessary as a foundation for the 140 foot bridge across the outlet.  The bridge will arrive in 20 foot sections.  The fabricated bridge will be lifted in place by two “small” cranes at either end of the trail.

This view at left was taken from atop the farmer’s bridge abutment to the east of Clutes Dry Dock. You can see that the trail is wide enough for a good size excavator as well as the construction sized dump truck.  The truck backed over a half mile into the woods to get a load of debris.

This week the Preserve is closed to all but duck hunters, so work on the eastern Halfmoon end of the trail will be the focus.

Work on the 10 foot wide stone dust trail is expected to be complete by the end of the year.  Its is truly exciting to see the progress.  This will be a wonderful recreational recourse for the Byway corridor.